Modern Western medicine has often overlooked the value of herbal treatment for various medical ailments, illnesses and disorders such as hypothyroidism. Traditional or herbal medicine has been used for thousands of years worldwide for treatment of ailments and only in the last few years has modern medicine acknowledged these practices.

Thousands of years prior to the advent of prescription drugs, ancient cultures such as the Polynesians and the Yamato people of Japan consumed herbs and seaweed which aided the treatment of hypothyroidism. Seaweed occurred in abundance off the shores of the Pacific Islands and the Far East making the plant easily accessible to the Polynesians and the Yamato people. The Polynesians began cultivating seaweed for its excellent properties as a source of nutrition as well as its medicinal attributes. The iodine rich makeup of certain seaweed subspecies aided the production of the thyroid hormones in these early cultures.

Herbs for and underactive thyroid 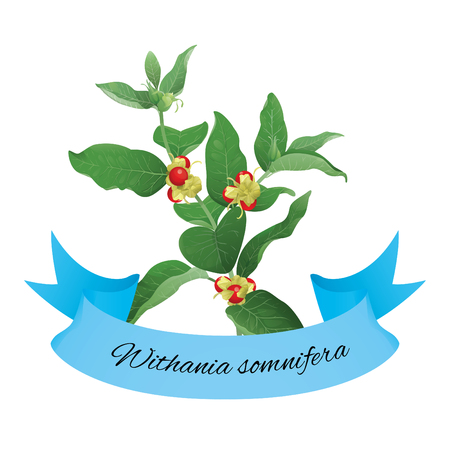 Ashwagandha, also known as Indian Ginseng or by its scientific name, Withania Somnifera, is a plant from the Solanaceae family. An adaptogenic herb, it grows to between 14 to 30 inches tall and has dull green leaves and small bell shaped green flowers. It produces an orange fruit which can be used as a substitute for rennet in Caseiculture (cheesemaking).

Ashwagandha is believe to be one of the most powerful herbs in Ayurvedic healing and has been shown to have many medicinal applications. It is said to boost the immune system and alleviate stress as well as help with disrupted sleep patterns. The berries are used for the traditional treatment of tumors and ulcers and the roots are widely used in Yemen in the treatment of burns.

As a hypothyroidism herbal remedy, Ashwagandha has excellent properties at balancing hormones which plays an important role in the treatment. It has been shown that it can not only help with and underactive thyroid, but also has properties required for balancing hyper thyroid issues. When taken with Bladderwrack, which is high in iodine, the properties of Ashwagandha help balance thyroid hormone production. Dosage varies for this herbal remedy based on the individuals’ medical circumstances.

Clinical research into the beneficial effects of Ashwagandha on hypothyroidism are ongoing and have also highlighted other ailments and illnesses that the plant potentially has beneficial implications for. 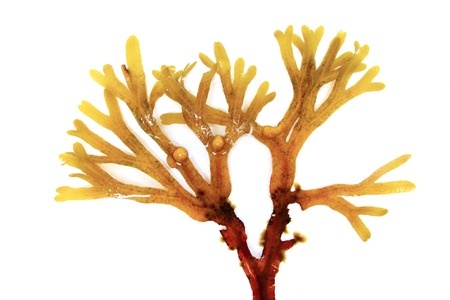 Fucus vesiculous, more commonly called as Bladderwrack, is a seaweed that is found off the coasts of the Atlantic Ocean, Pacific Ocean, North Sea as well as the Western regions of the Baltic Sea. It is commonly found in sheltered shores in waters and can grow up to 40 inches long. It has been used as a natural fertilizer for potatoes and other crops.

Known for its high iodine content, before the development of synthetic thyroid drugs, Bladderwrack was the primary treatment for swelling of the thyroid gland and iodine deficiency. The iodine within this seaweed can only be processed by the thyroid gland which then releases the essential hormones thyroxine (T4) and triiodothyronine (T3) which in turn boost the metabolic rate. Bladderwrack is still widely used as an alternative treatment for hypothyroidism but can be taken in conjunction with synthetic thyroid treatment. Usually, it is dried and then crushed to a powder like consistency.

Dr. Oz featured a Bladderwrack based natural alternative on his television show in 2012 with guest Dr. Pina LoGiudice. The recommendation from the show was to take 3 grams of the Bladderwrack natural supplement featured every morning. Dr. LoGiudice also said that prior to taking Bladderwrack, blood tests should be done by a medical professional to measure thyroid hormone levels.

Caution should be exercised when taking raw Bladderwrack. As it contains high levels of iodine, this may have interactions with other drugs or medical conditions. It also may contain high levels of heavy metals which is common in sea plants in certain bodies of water. Consumption during pregnancy or lactation is also not recommended.

Recent research have shown that Bladderwrack has other medicinal properties. Algin, which is found in the seaweed, can act as a laxative. It has also been shown to have potential use in cosmetics and anti-aging creams where it reduced skin thickness after a prolonged period of use.