When considering the practice of a healthy diet most people fail to consider one of the most important elements needed for healthy weight control and bodily function, iodine. Iodine is required for production of the two important hormones produced by the thyroid gland that regulate metabolism. While deficiency of iodine used to be common before the iodization of salt, the iodine deficiency rates fell as iodine was added not only to salt but to a variety of other food products as well. While iodine deficiency is not common in the U.S.A., there’s evidence that it’s becoming more prevalent which may be partially due to dietary salt restriction practiced by many people and the reduction in the amount of iodine currently being added to food products. 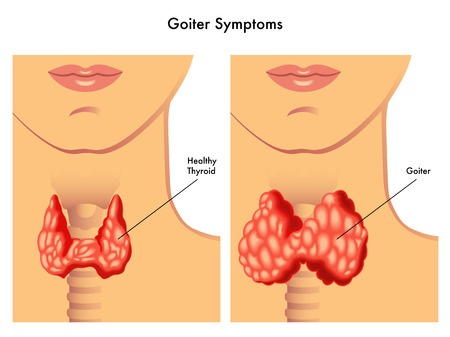 While a deficiency of iodine can cause problems in adults including development of a goiter and in more pronounced cases, hypothyroidism, it causes even more devastating effects on the developing fetus including growth abnormalities, decreased intelligence levels, movement abnormalities, and neurological deficits. In fact, iodine deficiency is the leading cause of preventable mental retardation in this country and around the world. Even more disturbing is the fact that the neurological defects seen in a fetus stemming from a deficiency of iodine are not reversible with supplementation once they’ve occurred. For this reason, it’s critical that pregnant women get adequate iodine supplementation for the sake of the developing fetus. The number of pregnant women who have a deficiency of iodine actually increased significantly between 1971 and 2002 but has since leveled off according to surveys.

In adults, a deficiency of iodine can present with development of a neck mass known as a goiter which may also be associated with symptoms of hypothyroidism including weight gain, decreased energy level, cold intolerance, dry skin, constipation, sleep disturbances, low body temperature, and depression. Fortunately, when these symptoms develop as an adult, they can be reversed with iodine supplementation. 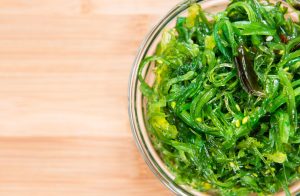 What should you do if you’re concerned about a potential deficiency of iodine? If you suspect iodine deficiency, particularly if you have symptoms of goiter or hypothyroidism, see your doctor who can perform the appropriate blood and urine tests needed to check thyroid hormone levels. It’s also critical if you’re pregnant or plan on becoming pregnant that you discuss the possibility of iodine deficiency with your doctor. Not only can a deficiency of iodine lead to neurological problems in the fetus, it can increase the risk of stillbirth and miscarriage in the mother.

Although there are ways to add iodine to your diet including the use of iodized salt and by eating kelp and seaweed, these sources shouldn’t be consumed in high quantities unless you’re under the care of a doctor. If you don’t add hypertension and use table salt, be sure to use a salt that’s labeled as iodized. If you enjoy kelp and seaweed these are also excellent sources when consumed in moderation. If in doubt, talk to your doctor about determining your iodine status and thyroid function through lab tests.